The all female-identifying cast and crew of the newly formed Lady Shakes Theatre Company presented an enthusiastic take on Romeo and Juliet for their inaugural production.

It's always a pleasure to see an all-female theatre company tackle Shakespeare, particularly a company that's committed to diversifying the playing field within the umbrella of women+ performers.

Martha Benson, pulling triple duty as Romeo, Stage Director and Artistic Director/Founder of Lady Shakes has a positive vision for her company which is exciting.

Her own scenes as Romeo shone.  Benson has a clear grasp of text and definitive ideas about her idealistic Romeo which played quite well on the stage.  She also innovated some interesting directorial choices: such as having the Capulet's party begin not as a dance rave but as a silent cocktail event that Mercutio disrupts with music, or having "Gallop apace" perform almost as music underscoring a slow-mo version of the Tybalt/Romeo fight.

Other stand-out performances include Joyia Bradley as the Nurse, absolutely nailing every comic or tragic moment, Erin Mansur as the almost over-careful Capulet whose burst of fury is all that more upsetting, while Caroline McCaughey as Mercutio was a bastion of laid-back charm, that could turn in an instant to chaotic quarreling, and Natalie Hoy as the Prince commanded every one of her scenes.

Esther Williamson, a Shakespearean aficionado who has played the Bard all over the USA, brought warmth and intelligence to her Friar Lawrence.  Her dexterity with the text, and precision of acting choices let the audience know that we were in good hands whenever she appeared on stage.

Similarly, Starr Kirkland as Benvolio captured each scene she was in: a jubilant soul watching her world fall apart.  Nowhere was this more apparent than in her speech after Tybalt and Mercutio's death.  Kirkland's ability to find the emotional truth of each scene continues to stun.

Judi Lewis Ockler's fight direction was excellent, creating multiple visceral brawls among the cast, who were clearly well-trained for their combat.  Also, big kudos to the marketing team, including Sage Youngblood and Anjelic Owens for their work on the poster: some of the best work I've seen in independent classical theatre in NYC.

What Could Be Improved

Directing, starring and producing a show is no mean feat.  To be able to see whether a show is flowing and cohesive as one would want requires the time to step outside the production and watch with eyes that can see the forest for the trees.

This production could have used a consistent set of outside eyes through the rehearsal process if for nothing else than flow.  Blackouts were used in-between each scene while the set was moved around: an unnecessary use of space and time, that paused the otherwise exciting action, and smacked of community theatre techniques.

Lady Shakes might also consider hiring a verse coach or dramaturg for future productions to bring up the entire cast to the same level of textual dexterity.  The cast was universally enthusiastic, a hallmark of this young company which should in no way be quenched.  Bringing on further artistic members to even out all aspects of production can only help future productions.

Lady Shakes' mission, community, and commitment to diversity in casting is laudable and exciting.  Among their founding members, they have real talent, and only require more company members to smooth out their promise to their full potential. 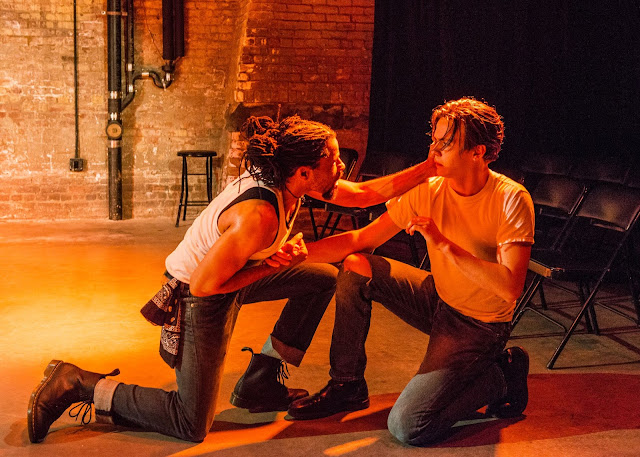 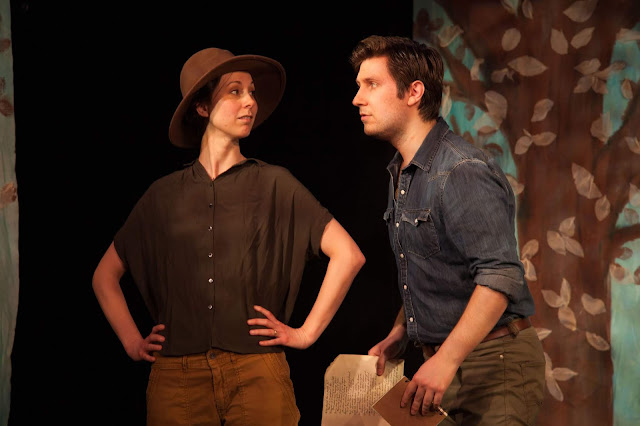